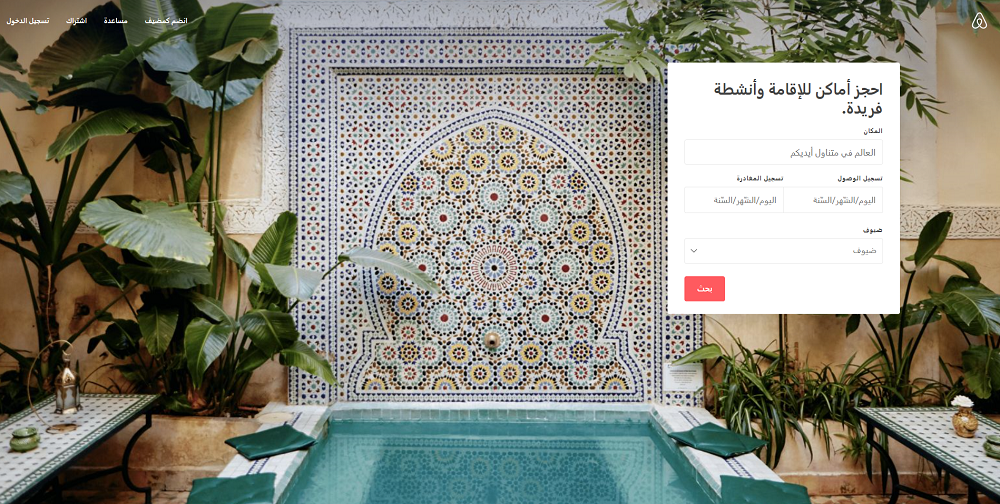 Airbnb has launched its global short-term rentals and experiences platform in Arabic, the company announced last week, saying that it will enable its growing community across the Middle East and North Africa to access an even more seamless travel experience. The platform is now available in Arabic on both web and mobile (apps).

“The localized web platform and iOS and Android apps are part of Airbnb’s ongoing commitment to the region and will further Airbnb’s mission to create a world where anyone can belong anywhere. All of the popular features of the Airbnb platform will be accessible in Arabic: listing pages with thousands of homes bookable for great stays, Experiences around the world and lots of content on how to travel or host with Airbnb,” said the company in a statement.

The statement also noted that Airbnb now has over 70,000 listings on its platform in the Middle East & North Africa region – 10,000 of which are in the United Arab Emirates. The Airbnb hosts in UAE, per statement, welcomed over 145,000 guests last year, up 63 percent from the year before.

Airbnb’s Experiences platform that was launched in Dubai in 2017 now has over 120 experiences in the form of tours and activities led by locals, in UAE. The platform since first launching in Dubai (in the region) has expanded to Jordan, Morocco, and Egypt as well and includes over 750 experiences in MENA.

Hadi Moussa, Regional Manager Middle East & Africa, commenting on the launch of Arabic platform, said, “The Middle East and North-Africa region is extremely important to us, so we are delighted to launch Airbnb in Arabic. People from across the region have been using Airbnb since it was founded ten years ago to book magical travel experiences.”

“We want to create a true sense of belonging for them by ensuring they can do so in their native language going forward. We want to inspire more Arabic speaking travelers to explore their favorite destinations through authentic, local stays and Experiences on the Airbnb platform. Arab hospitality is famous around the world. Airbnb wants to encourage more people in the region to host and share this warm welcome with guests from around the world,” he added.

Indian budget hotel startup Oyo that has been present in UAE for over a year and has expanded to Saudi recently is also working on an Arabic app that it expects to launch soon.