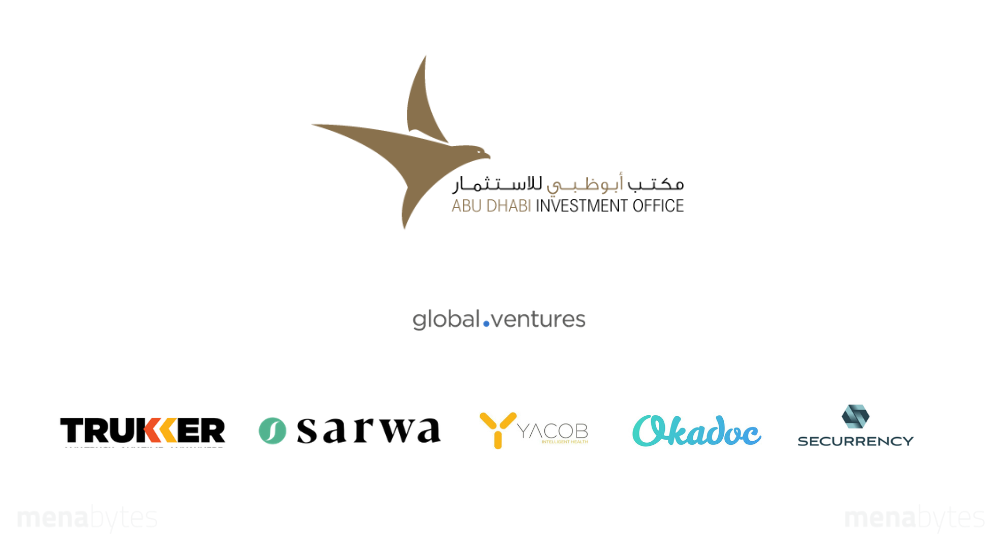 Abu Dhabi Investment Office, ADIO, has invested $16.34 million (AED 60 million) in five startups and a venture capital fund, it announced in a statement on Wednesday. The investments were made by $166 million-Ghadan Ventures Fund that was launched in May last year.

ADIO did not share details about how much it invested in each one of these entities but its website says that it matches every AED 1 committed by a established investor up to AED 10 million ($2.7 million) and up to AED 50 million ($13.6 million) for Series A.

In funds, ADIO’s website says that it invests between AED 10 million ($2.7 million) to AED 20 million ($5.4 million) and also notes that it considers exceptions on a case-by-case basis.

All the startups except Yacob are Series A/+ stage. Trukker had announced the closing of its $23 million Series A in November. The statement by ADIO does not confirm if the money it has invested in Trukker was par to the same round but the details Trukker had provided at the time did not include ADIO’s name as one of the investors.

Okadoc is apparently currently raising a Series A that ADIO invested in and Yacob a seed round (the statement does not confirm these details). Sarwa announced closing of its $8.4 million Series A on the same morning with ADIO as one of the investors.

American fintech Securrency had announced $17.65 million Series A earlier this month listing ADIO as one of the investors.

ADIO, according to its website, requires the startups to be based in Abu Dhabi or consider relocating to the Emirate to be eligible to qualify for investment. Interestingly, all the startups it has invested are not headquartered in Dubai but are apparently setting up (or have already set up) an office there.

Dr. Tariq bin Hendi, Director-General of ADIO, commenting on the occasion, said, “The Ventures Fund was created to deepen Abu Dhabi’s innovation ecosystem and ensure big thinking is not constrained by limited capital.”

“Once a startup is operational, Abu Dhabi is safe ground for innovation and a place where entrepreneurs can confidently take commercial and creative risks. ADIO is passionate about supporting entrepreneurs, we want to give startups the opportunity to become the next regional, or perhaps even global, tech success story,” he added.

Noor Sweid, General Partner of Global Ventures, said, “We are incredibly pleased to be working with ADIO on investing in the region’s technology companies and enabling them to scale and grow into success stories. The ability for entrepreneurs to work alongside the leadership and visionaries is truly unique and provides an advantage as these founders fulfill their ambitions.”