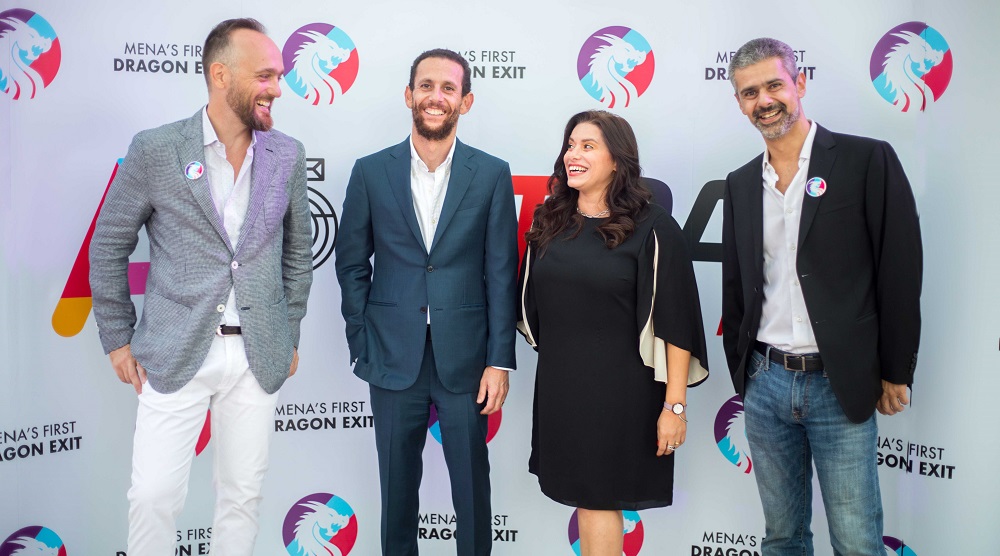 A15, one of the leading early-stage investors in Egyptian startup has sold 76% stake in the UAE-based fintech startup TPAY to Africa’s leading private investment firm Helios Investment Partners. TPAY, according to the statement is the fastest growing direct carrier billing (DCB) provider in the Middle East and North Africa region (MENA).

A15 claims to have become the first fund in the Middle East and Africa to have created a dragon (an investment that returns the value of the fund when exited) from one of its investments. TPAY has returned a multiple of the value of the entire A15 Fund to its investors.

It is the second big exit for A15 after the sale of Otlob to Rocket Internet in 2015. Following the acquisition by Helios Investment Partners, A15 and the current executive team will continue to lead the implementation of TPAY’s growth strategy, with guidance from the new owners, and both will remain invested in a total of 24% of the company.

Founded in 2014, TPAY was the first open mobile payment platform to be launched in the region. Today, they have largest market share at 80% in this space across 16 countries, with a total reach of 673 million users.

The number of active digital content subscriptions set-up through TPAY’s platform grew at a compound annual growth rate of 149% since 2015. The company processed 622 million successful transactions since its launch. Through its partnerships with 33 leading mobile operators, the number of successful transactions processed by TPAY grew at a CAGR of 1,081% since its launch. The company was able to build strategic partnerships with key regional and international players such as GooglePlay, Wargaming, NetDragon, CrossFire, Gameloft, OLX, Opensouq, MBC, iFlix, Abu Dhabi Media and Dubai Channels Network, amongst others.

The global DCB industry is expected to register a CAGR of 23% during the 2018-2022 period, according to the latest market research report by Juniper Research. TPAY achieved a year-on-year growth in Gross Revenue and EBITDA of 64% and 162%, respectively, well above the global DCB industry.

Karim Beshara, Chairman of A15, commented: “I would like to congratulate CEO Sahar Salama and her team for this significant milestone for the startup ecosystem as well as for TPAY, and to welcome our new partners, Helios. Creating a Dragon in our fund is ground-breaking for the region. TPAY is a company that became a fund-maker owing to the unique approach in which A15 manages its portfolio companies. The remarkable achievement of TPAY is the result of a success-focused team that shares knowledge, drives business, and delivers results, both at a fund level and at a portfolio company level. The DCB market fundamentals are very promising, and we strongly believe that with such a capable and experienced partner like Helios, TPAY is well-positioned to unlock its utmost potential. I am looking forward to continuing our work with Sahar and her exceptional team as well as with Helios to take TPAY to the next level of growth globally.”

Fadi Antaki, Chief Executive Officer of A15, added: “TPAY as a portfolio company achieved this level of exponential growth driven by A15’s unique DNA and operating model; at the core of our value proposition as a tech investor is offering more than funding. Our fund teams provide strategic support and capacity, building best practices across key functions such as legal, finance, operations, HR and growth. A15’s ecosystem of regional offices and networks serve as a launchpad for our portfolio companies, as in the case of TPAY. We have an evident traction that our model not only increases the success rates of our portfolio companies but also generates outliers like TPAY. An integral part of our corporate culture is to create a sense of ownership amongst our employees in every company we fund and operate. Employees are literally invested in our successes, and they share in these successes, through the implementation of our employee stock ownership plans (ESOP). This approach played a pivotal role in TPAY’s phenomenal achievements. I am confident that TPAY is well placed to lead the future growth in the DCB sector within the mobile payment industry in the Middle East and Africa.”

Babatunde Soyoye, Co-Founder and Managing Partner of Helios Investment Partners, said: “A15 and TPAY management have built an outstanding mobile payments platform that is profitable and still has a lot of room for growth in Africa and beyond given its applicability to a wide range of payment types and ease of use. TPAY’s business model leverages best-in-class technology and offers a high quality service to its partners; the company’s ability to develop strategic partnerships with key global merchants seeking an entry point into the Middle East and Africa speaks to the quality of the company’s offering and the management team. This is an exciting addition to the Helios’ payments franchise in Africa, and we look forward to working with the management team to achieve the next phase of innovation and growth for the Company.”

DCB is expected to generate US$26 billion in End User Spend (EUS) in 2018 globally, and is predicted to grow to US$59 billion by 2022 according to Juniper Research, marking a 23% CAGR .

Sahar Salama, Co-Founder and Chief Executive Officer of TPAY, stated: “I am excited to be part of this next chapter of TPAY’s growth. The Helios team brings new energy from a vibrant and experienced team that will drive real value to the business. This partnership will expedite TPAY’s strategic growth plans and we are on track to double our year-on-year revenue in 2019. My team and I are very proud of the business that we have built, and we look forward to taking it to even greater heights with our new partners, and to continue to set new benchmarks for the sector in the region.”

TPAY plans to leverage this new partnership with Helios to expand into new markets with a focus on Africa and Asia, as well as expanding its footprint into new sectors to use DCB and introducing new partners to the market.

Correction: A previous version of the article had reported TPAY’s valuation at the time of exit for a certain amount but we’ve received the denial. So the figure has been removed.