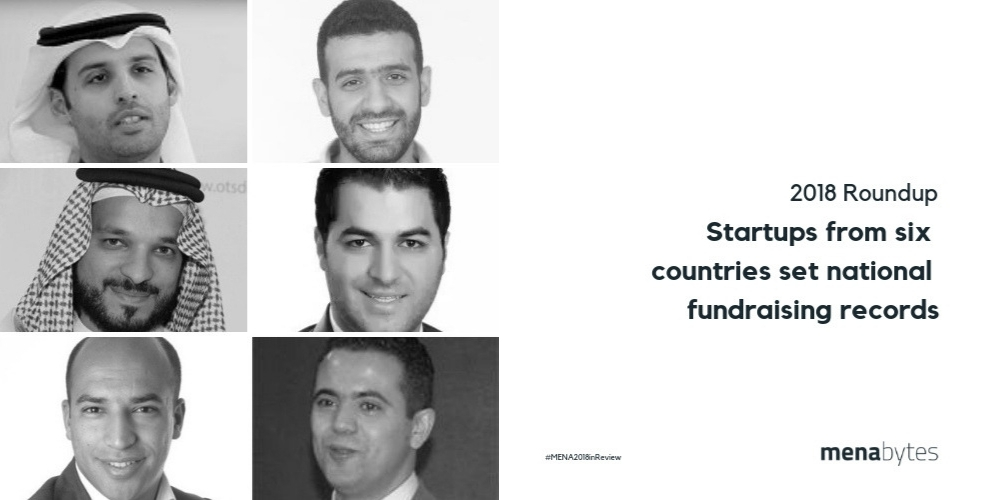 As our story about the biggest tech deals of 2018 pointed out, many of the funding rounds were largest-ever in some markets of MENA. The startups in Kuwait, Egypt, Saudi, Jordan, Algeria, and Tunisia set new national fundraising records last year.

If nothing else, this at least shows that the tech ecosystems almost all around the region are growing in one form or the other and both institutional and non-institutional investors are putting their money into startups.

These are the six startups that raised the largest-ever funding rounds in their countries in 2018.

Kuwait-based Boutiqaat made it to headlines of almost every publication in Kuwait after it raised a massive $45 million round from Boubyan Petrochemical Company, a local company that has been investing in different sectors. Boutiqaat was Boubyan’s first tech investment though. The local publications had reported that the investment was made at a valuation between $250 million to $300 million which makes it one of the most valuable startups of the region and THE most valuable of Kuwait (exits not included).

What’s interesting about Boutiqaat is its original concept or what the startup claims as an original idea. They cannot be seen as a regular ecommerce platform. Boutiqaat seems to have been successful in mixing social with ecommerce and make great use of shopping habits of consumers in MENA who like to rely on advice of social media ‘influencers’ and celebrities when making their purchase decision. The platform hosts virtual boutiques (stores) of these influenceres and celebrities where they add their favorite products. These selections of curated products can then be browsed by anyone to buy whatever they like.

Before 2018, the largest funding round raised by an Egyptian startup was the $5 million Vezeeta raised in early 2017. In 2018 alone, Egypt had three startups raising four rounds bigger than that. Swvl, the transportation startup, in April raised $8 million Series A that at the time was the largest-ever funding round for an Egyptian startup. There’s no confirmation but the rumors were that $3 million from that went to Careem as they divested (read: were asked to divest) their stake to new investors.

BasharSoft that owns and runs Egypt’s largest recruitment websites Wuzzuf and Forasna, in May last year, raised $6 million. And in September, Cairo-based HealthTech startup Vezeeta raised $12 million Series C which was the biggest funding round by any startup in the country but for about two months only as Swvl went on to raise tens of millions Series B at a valuation close to $100 million in November.

2018 was a great year for Egyptian startup.

This was perhaps the biggest surprise of 2018 (in terms of investments secured by startups). Not many had heard of Unifonic before this announcement. The startup that stayed bootstrapped for over 10 years raised $21 million in the largest-ever funding round for a Saudi startup in October last year.

Founded by two brothers in 2006, Unifonic, dubbed as a Twilio for emerging markets, is a cloud communications platform that offers SMS and voice services through its APIs.

Unifonic’s story should be a great lesson for entrepreneurs to try and keep their companies bootstrapped for as long as they can and raise money on their own terms when they must.

Mawdoo3, founded in 2010, is the one of the most visited Arabic website in the world, with tens of millions of visitors every month. The Arabic encyclopedia that is often dubbed as Wikipedia of the Arab world last year raised $13.5 million as Series B investment which is the largest-ever investment round raised by a Jordanian startup.

They also launched their Arabic Natural Language Understanding APIs for developers to equip their apps with the data-sets created and organized by Mawdoo3. The startup also announced Salma, a Siri-like Arabic voice-enabled conversational assistant.

Even though Algeria has promising tech talent, we hardly get to hear about the startups there. There are not many in the North African country that have raised VC money. So when an Algeirs-based ride hailing startup TemTem announced a $1.7 million seed round, it was sort of a big deal. TemTem had launched a few months before they raised the capital and have been available in two largest cities of the country; Algeirs and Oran.

TemTem’s CEO Kamel Haddar had told MENAbytes that the startup facilitates over 70,000 rides every month and has over 1,000 drivers on its network. We don’t have their latest numbers but the majority of the recent reviews on their Facebook page suggest that they’ve been doing well.

Careem has been hiring in Algeria but doesn’t seem to have launched their operations yet or that’s what their mobile app says at least. So TemTem still has time to capitalize on their first-mover advantage.

Tunisian ecosystem produced a lot of good stories last year. One of them was Enova Robotics raising $1.6 million investment, which at the time was the largest funding round of the country. Founded in 2014 by a PhD in robotics, Dr. Anis Sahbani, Enova Robotics designs and manufactures its own branded robots. We are not certain but apparently they’re the only company in Middle East & North Africa to do that. Dr. Anis has over 10 years of experience in teaching robotics and its research in some leading French universities. Enova currently sells four types of robots in different categories including education, healthcare, security and marketing, with prices starting from $4,500 and going as high as $80,000 in some cases.

But later that year Expensya, a company with dual headquarters in Tunis and Paris went on to raise $4.5 million, which until today remains the biggest funding round raised by a startup in Algeria, Morocco, and Tunisia. Founded in 2014 in Tunis by Karim Jouini and Jihed Othmani, Expensya is a SaaS for expense management that makes it easy for companies of all sizes to manage their expense reports through its website and mobile apps.

Correction: A previous version of this article had noted that Expensya is French company. We were contacted by their team to explain that they have dual headquarters in Paris and Tunis. The error has since been fixed. The previous information that Expensya is headquartered only in Paris was also shared by Expensya when they raised their last investment.